After experiencing a breakdown at work, Steve decided to raise awareness of the issues surrounding mental health and homelessness by completing a challenge to walk from one end of Great Britain to the other. He undertook this challenge whilst he was still in recovery and also homeless himself.

“I did this in the hope it would help reduce the stigma surrounding poor mental health and mental illness, and to demonstrate just how easy it was to lose everything and become homeless when we don’t ask for help.”

Steve walked and ran a total of 1000 miles, documenting his journey along the way by blogging about his experiences, as well sharing his story by video blogging (Vlogging). Creating a Facebook Group called “Mindcanyon”, Steve soon attracted more than 11,000 followers and members.

Steve also attracted the attention of the national media and was interviewed  during his challenge by ITV and BBC News channels, including on his way to No.10 Downing Street to visit the then Prime Minister David Cameron, where he hand-delivered a report about his findings on the failings in the mental health system.

Following his 1000 mile challenge, Steve went on to qualify as a Mental Health First Aid and Suicide First Aid Trainer. He now regularly delivers talks to company employees and leaders and is an active mental health advocate on social media, with a specific message about the importance of asking for help, early intervention and taking a more holistic approach to recovery.

Steve also works as an independent mental health trainer and as an associate trainer for mental health charities, including Grassroots and Mind.

The Jordan Legacy is delighted to have Steve partner with us to provide Suicide First Aid Training to individuals and companies.
Suicide First Aid training is one of the most important skills you can learn. We lose one person every 40 seconds, somewhere in the world, to suicide. Suicide kills more men aged 35-49 than any other event, including heart attacks, cancer, diabetes and road traffic accidents.

You can contact Steve for more details about his training below.

“Remember, asking for help isn’t about giving up, it’s about not giving up” Steve Carr 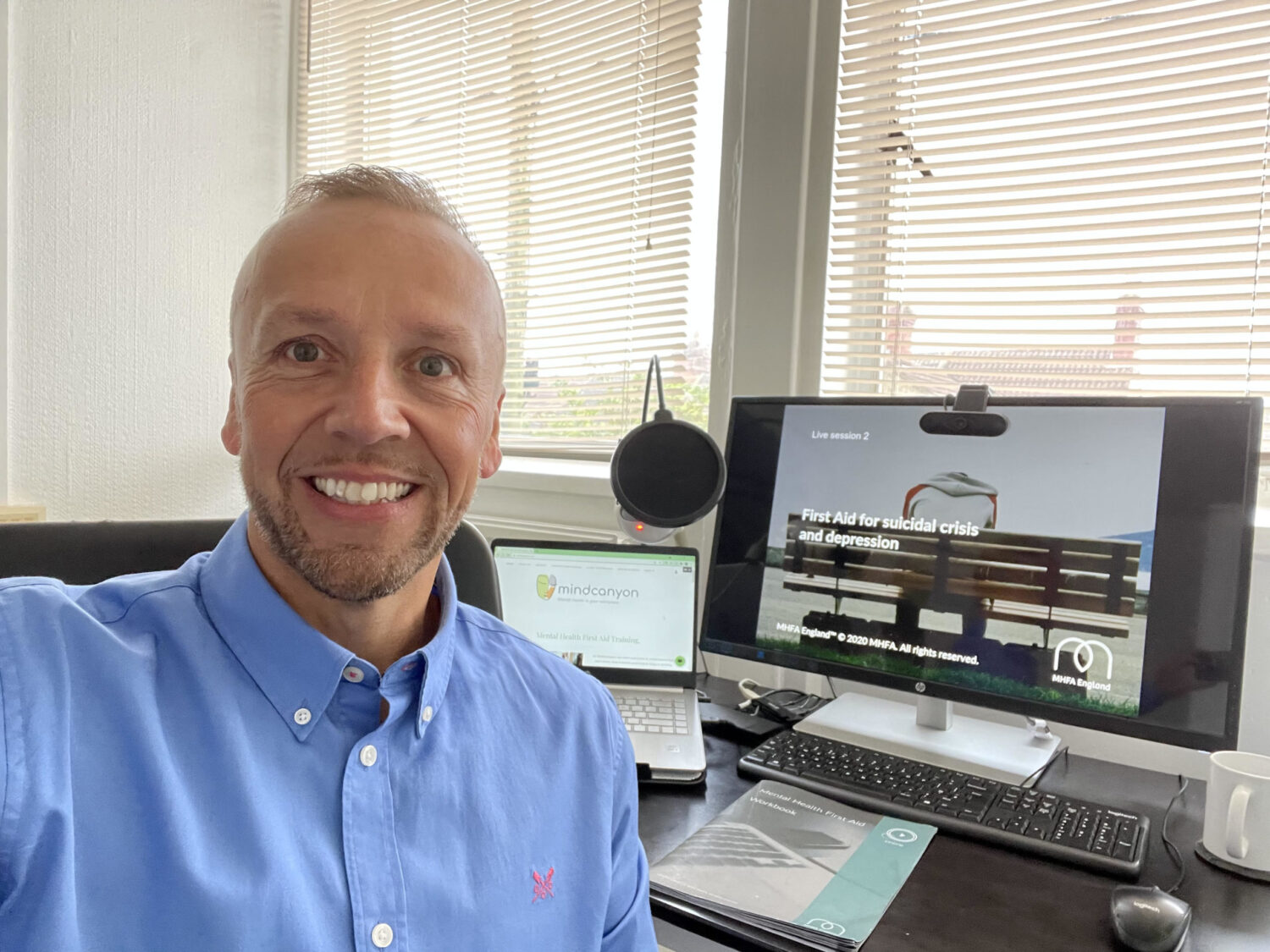